Promoting the enjoyment, study, and conservation of Wisconsin's birds. The establishment of the Honey Creek Nature Preserve is largely attributed to one individual: Harold G. Kruse. After discovering the Honey Creek valley in the 1940s, Harold vowed to preserve the incredible natural beauty of this unique place. He acted as an ambassador to the Honey Creek valley and larger Baraboo Hills region by negotiating with landowners and arranging the initial WSO land acquisitions. He was also instrumental in the construction of the Cox Nature Center. Harold passed away at the age of 86 in 2011, but his legacy lives on through the birdsong of Honey Creek valley. 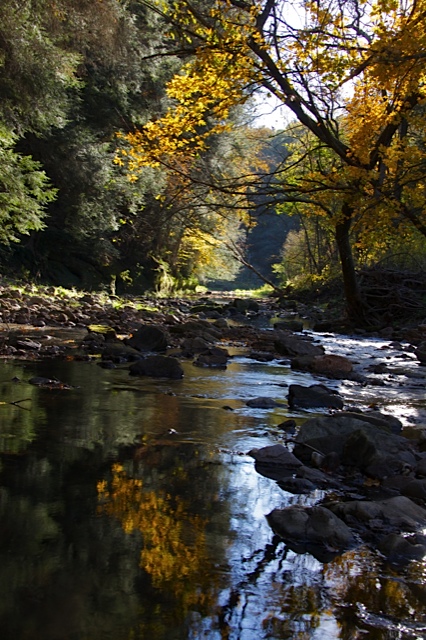 The Preserve had its inception on a WSO field trip in June 1956. WSO members established a nature sanctuary here in 1958, and purchased the first 30-acre parcel in 1960. This was quickly followed by the acquisition of a 65-acre parcel containing bog and marsh, and a 40-acre parcel containing upland hardwood forest and a sandstone cliff. The Nature Conservancy also began buying land surrounding WSO parcels around this time. In 1964, WSO received a donation to purchase 85 acres of upland hardwood forest and a hemlock cliff along the northern boundary of the property. WSO acquired several additional parcels of land from 1964-1974, and most recently the Gerhard and Rose Dischler Addition to the Preserve added 104 acres in 2016 and 2017. WSO's total holdings are about 372 acres. The Harold and Carla Kruse Honey Creek Nature Preserve was designated a State Natural Area in 1971.

In 1971, WSO began the design and construction of a nature center building. Using memorial funds for David and Hazel Cox, WSO acquired building materials that were representative of the Baraboo Hills region. Quartzite, conglomerate, sandstone, and limestone were used to build the chimney and foundation of the building. The fireplace was built of rocks found throughout the United States, and donated by WSO members and friends. The Cox Nature Center has served as a meeting place for WSO and other organizations, and also is the venue for WSO’s annual Honey Creek Birdathon/Bandathon fundraiser. 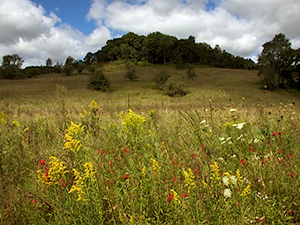 The Preserve is situated within the Baraboo Hills of Sauk County, one of the largest tracts of unfragmented forest in the Upper Midwest. The site is a narrow steep-walled valley extending from a tamarack and alder bog on the south to a picturesque waterfall and rocky gorge on the north. The wide range in topography supports a variety of community types, including upland hardwood forests, alder thickets, hemlock and pine relicts, sedge meadows, dry prairie, cattail marsh, and tamarack and hardwood swamps.

The wide variety of habitats attract many bird species. While hiking the trail, one may see Wood Duck, Green Heron, and Belted Kingfisher along the stream; Sandhill Crane, Wilson’s Snipe, and American Woodcock in the bogs and marshes; Gray Catbird, Rose-breasted Grosbeak, and Blue-winged Warbler along the forest edge; and Wood Thrush, Veery, Scarlet Tanager, and Pileated Woodpecker in the forest interior. More than 180 bird species have been recorded at the preserve, including seven species of vireos and thirty-one species of warblers. Unusual nesting species include Turkey Vulture, Acadian flycatcher, Louisiana Waterthrush, Kentucky Warbler, and Cerulean Warbler.

The Honey Creek Nature Preserve can be reached by going west out of Prairie du Sac on Highway PF approximately 15 miles to Skyview Drive (Lins Road on older maps). Turn left and travel approximately 3/4 mile to Alder Drive. Turn left and continue to the Cox Nature Center. There is a single unmarked trail that follows Honey Creek. The trail is open throughout the year but is not groomed or plowed in the winter.

Camping is permitted only in the mowed lawn adjacent to the nature center. Campfires are prohibited. Those interested in camping should notify Levi Wood at 608-277-7959.

become a memberWe welcome all birders!

donate todayHelp us promote the enjoyment, study and conservation of Wisconsin's birds! 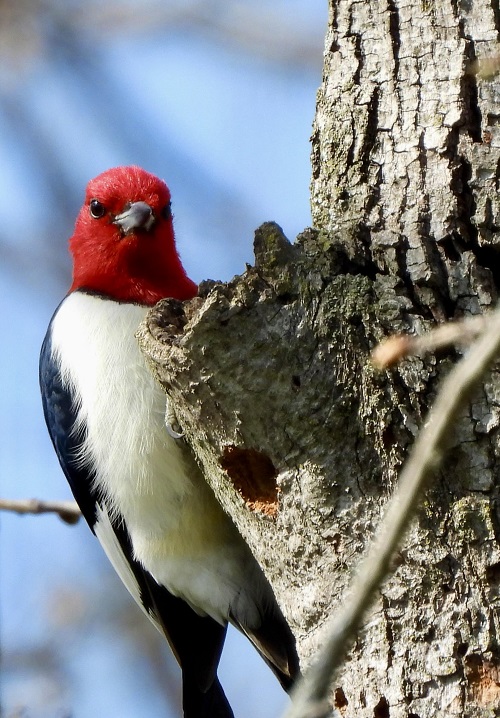